Triple mixed up about soil? 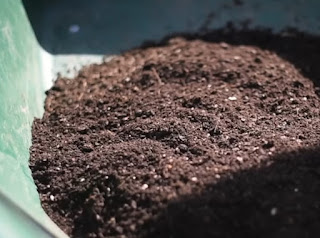 Enthusiasm for gardening is at its highest this month, for life-long gardeners and for those about to stick their trowels and shovels into soil for the very first time. But what soil? It used to be easy: call up someone and get a load of topsoil dumped in the driveway. Then the big yellow bags appeared offering a tidier delivery system for regular soil. Tidy yes, but getting the soil out of the bag with a shovel and into a wheelbarrow does make demands on rarely used body parts.


Most plain topsoil is what was stripped from farmland prior to the building of new homes. It might have started out as good soil, but after being stockpiled, sometimes for years, it becomes compacted. This results in the loss of much of the important microbial life. Adding compost will help restore life to the soil. 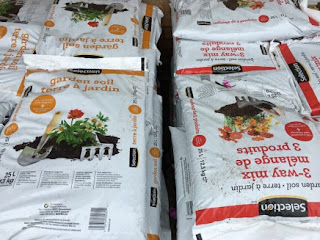 Also available in bulk is triple-mix. Recipes vary, but it’s typically a blend of soil, peat moss, and compost from leaf and yard waste, and it’s a good choice for most situations. The only drawback is it tends to settle as the organic matter decomposes and after one season it will need topping up, so maybe allow for this when ordering. When the opportunity arrived to pick up small, easily transported bags of soil, it became so much easier to tentatively begin gardening by filling a planter or two with bags of soil brought home with the groceries. These small, colourful bags are currently stacked up at grocery or hardware stores like sandbags in anticipation of a flood.

The sight of all these bags must be confusing for the new gardener. I wouldn’t have a clue what to use in my garden or in planters if I was just starting out. Garden soil, three-way mix, black earth, potting soil, and what about the equally attractive bags of compost that buttress those bags of soil? There’s sheep compost, cattle compost, maybe horse or even chicken compost. Whenever I pass by I find myself humming Old MacDonald’s Farm.

Which one to choose? For small raised beds, the three-way mix, much the same as triple mix is fine. With the one labelled simply as garden soil I’d be inclined to add the compost of your choice. Plain garden soil is fine for a garden, but not recommended for planters — a soil-free mix can be better for that purpose. 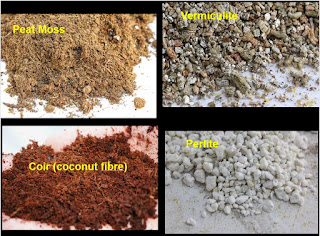 A soil-free mix is composed mostly of peat moss and perlite and may be labelled as potting soil. If unsure, simply check for the bag that’s soft and feels light compared to ones containing more soggy soil. The latter can be lightened by adding peat moss or coir. Major brands are now adding fertilizer or mycorrhizal fungi to the mix, though not essential.

Black earth can be a puzzle, and I don’t know why it’s called earth and not soil. It would be easy to assume that because it’s black it must be nutrient rich soil; however, that isn’t necessarily so as good soil comes in all colours, like the red soil of Prince Edward Island, for instance. Black soil (or earth) could have come from a swampy area or it could have been darkened by adding leaves. Unlike the composts that are produced and sold, there are no requirements for the analysis of plain soils unless the producer does it voluntarily.

Compost is regulated by the provincial government as well as federally through the Canadian Food Inspection Agency. Regulations are set out to ensure heavy metals and other toxic materials etc. are not present. . For more information on compost, see The Compost Council of Canada website.
Posted by David Hobson at 11:53 AM 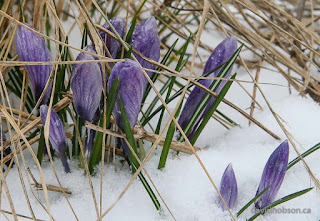